In Star Citizen, the MobiGlas is the primary interface that players engage in order to access various 'in-fiction' applications facilitating inventory management, contract boards, loadout customization, player communication, navigation / maps, and much more. Much like how mobile smartphones are ubiquitous in today's world, the MobiGlas serves as an immediately accessible tool for all players within the game environment.

The layout, structure, and navigation schemes that form the MobiGlas UI are inspired by modern operating systems in desktops and smartphones. For instance, one aspect of the design includes surfacing important game information in a set of widgets that live up-front on the homescreen. As Star Citizen is meant to have many various in-game 'professions' or career paths, these widgets are designed to eventually be personalizable depending upon what the player may find most important to see up-front. 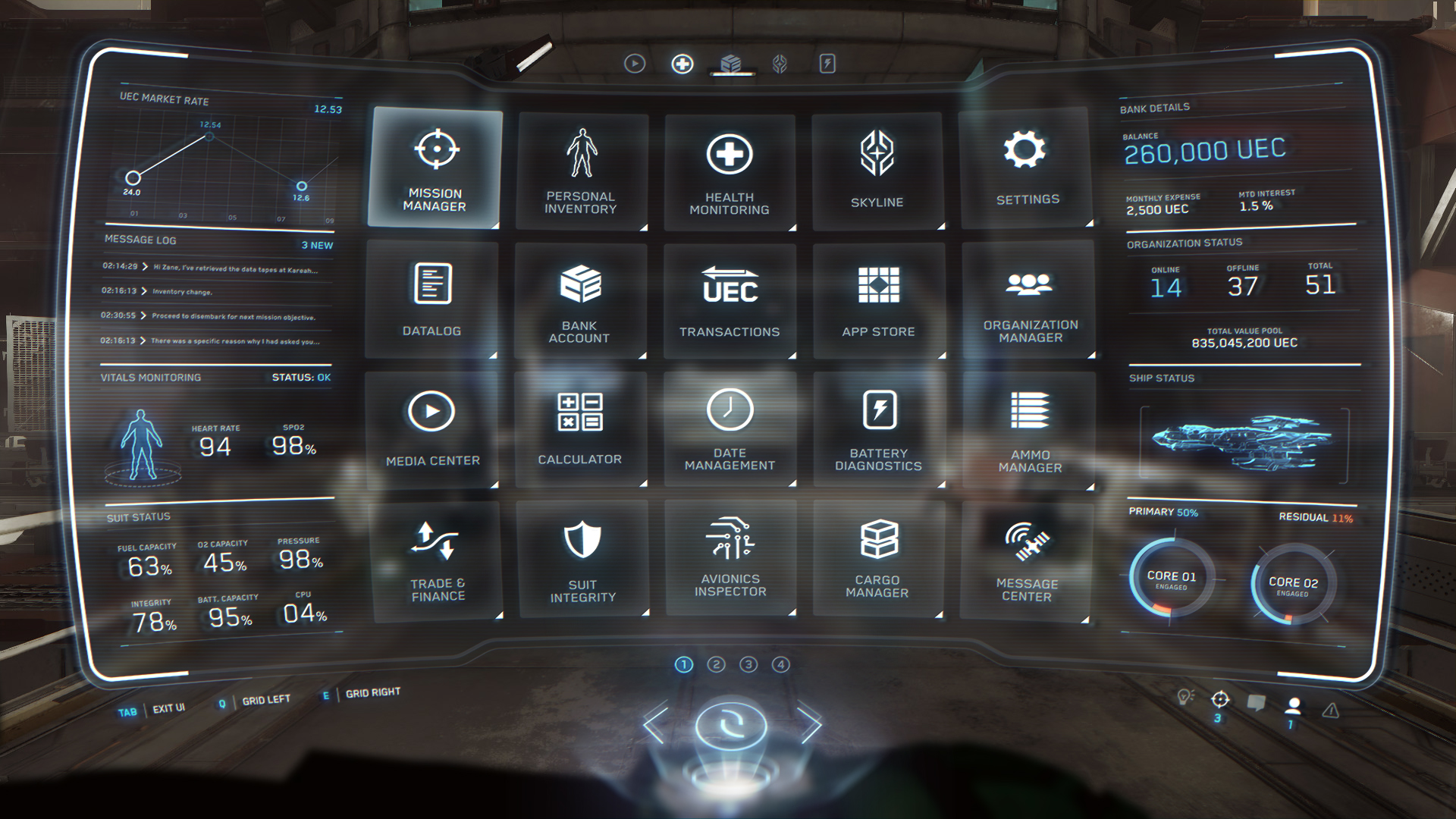 As is the case with all UI in Star Citizen, the MobiGlas UI is designed to be integrated seamlessly into the 3D game environment, with the player character being made aware of the existence of the UI, just as with any other game object that exists within the scene.

As opposed to the more traditional flat UI systems, this approach leads to a unique set of challenges in terms of being intertwined within the game world, where the UI team worked closely with various departments to formulate solutions in order to ensure things like character animations and environmental effects did not have a significant adverse effect upon the presentation and overall experience of the MobiGlas UI. 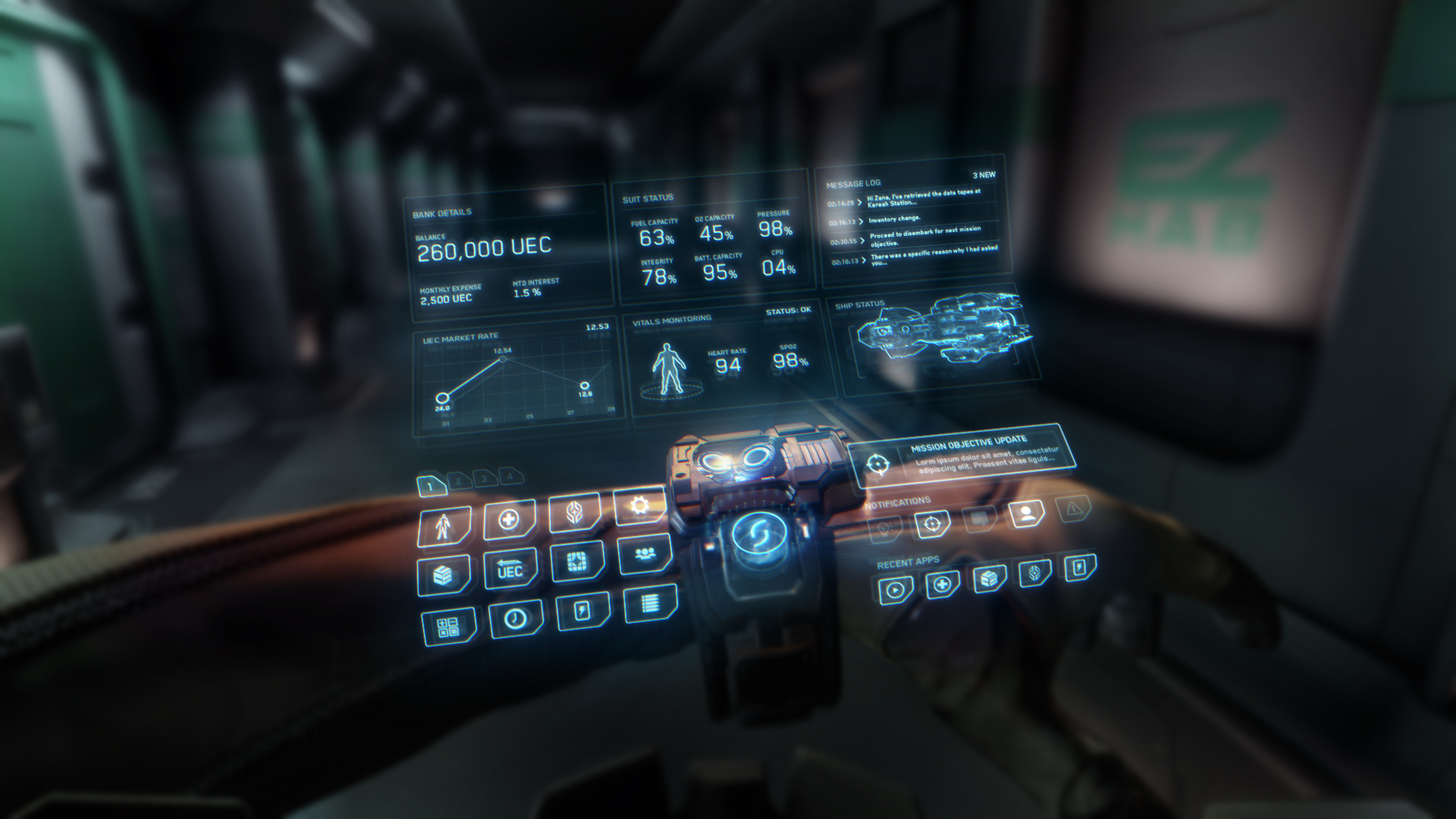 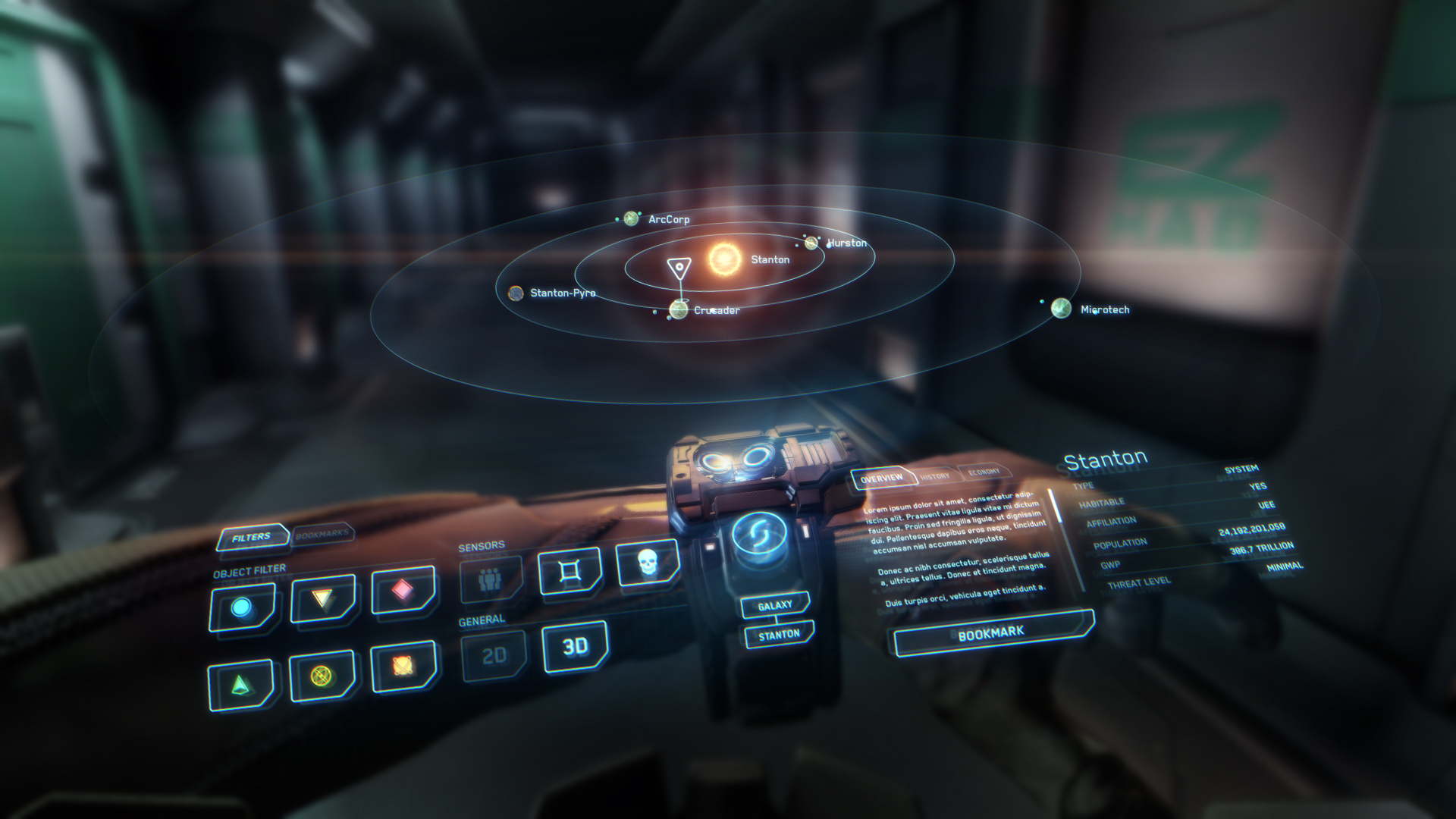 This is an earlier featurette where we covered the design process and technology that went into developing the MobiGlas UI. Since this featurette, the MobiGlas UI has gone through multiple further iterations improving upon the initial implementation and concepts presented above.

Back to Portfolio Next