This is an early concept I designed for the helmet mounted display in Star Citizen. The design called for a distinct visual separation between information pertinent to your own ship (left) and information about your target(s) (right), as well as being projected diegetically on a curved glass surface in front of the player camera as part of the actual helmet geometry.

In conjunction with subtle 3D geometric elements sitting on the edges of the screen, the goal was to convey the sense that the visor was a physically present piece of equipment being worn by the in-game character, rather than having the UI sitting on top of everything and generally being disconnected from the experience. 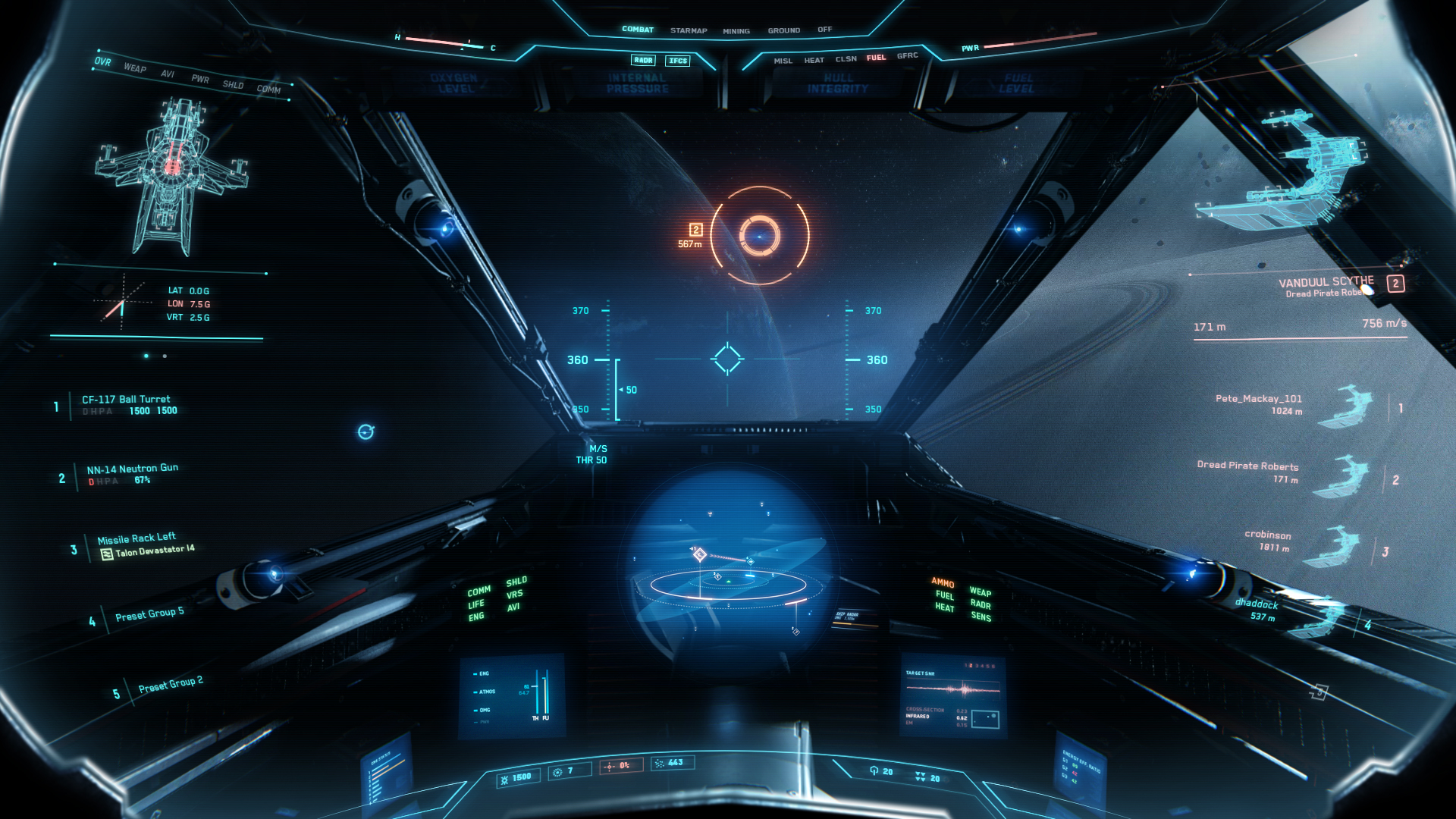 The UI of the HMD contextually imparts a different set of information depending upon whether you're piloting a fighter craft or on-foot.

Both the on-foot and ship HMD implements, in part, procedurally driven bootup sequences that play out upon initialization of the UI.

Taking inspiration from the HUD bootup sequences seen in Iron Man, I wanted to create an effect which gives the sense that individual elements are coming together in a staggered fashion in order to form a greater holistic component, but did not want to have to deal with manually keyframing each individual piece for every widget or future elements.

Thus, I wrote a simple procedure which essentially iterates through the child display objects of any widget upon initialization (e.g. when the visor is put on) and offsets them to a targeted location (e.g. center of the screen). A programmatic tween with a randomized delay and animation time is then attached to each of these child elements, whereupon their position and rotation is 'reset' to their original values.

This produces a visually interesting effect seen below. Later, I also extended this procedure to work on the eventual P-52 Merlin UI bootup sequence.

Because the UI is physically projected onto an actual glass pane in front of the camera, we needed to devise a solution which would account for changes in the field of view which might come as a result of activating boost in a ship, sprinting, aiming down sights in first-person, etc.