As part of the redesign of the P-52 Merlin exterior / interior, I was tasked to design as well as implement the UI into the new dashboard and HUD display geometry. The UI is made to compliment the unconventional shape and form of the dashboard display which is meant to give the interior a modern racer type of feel. 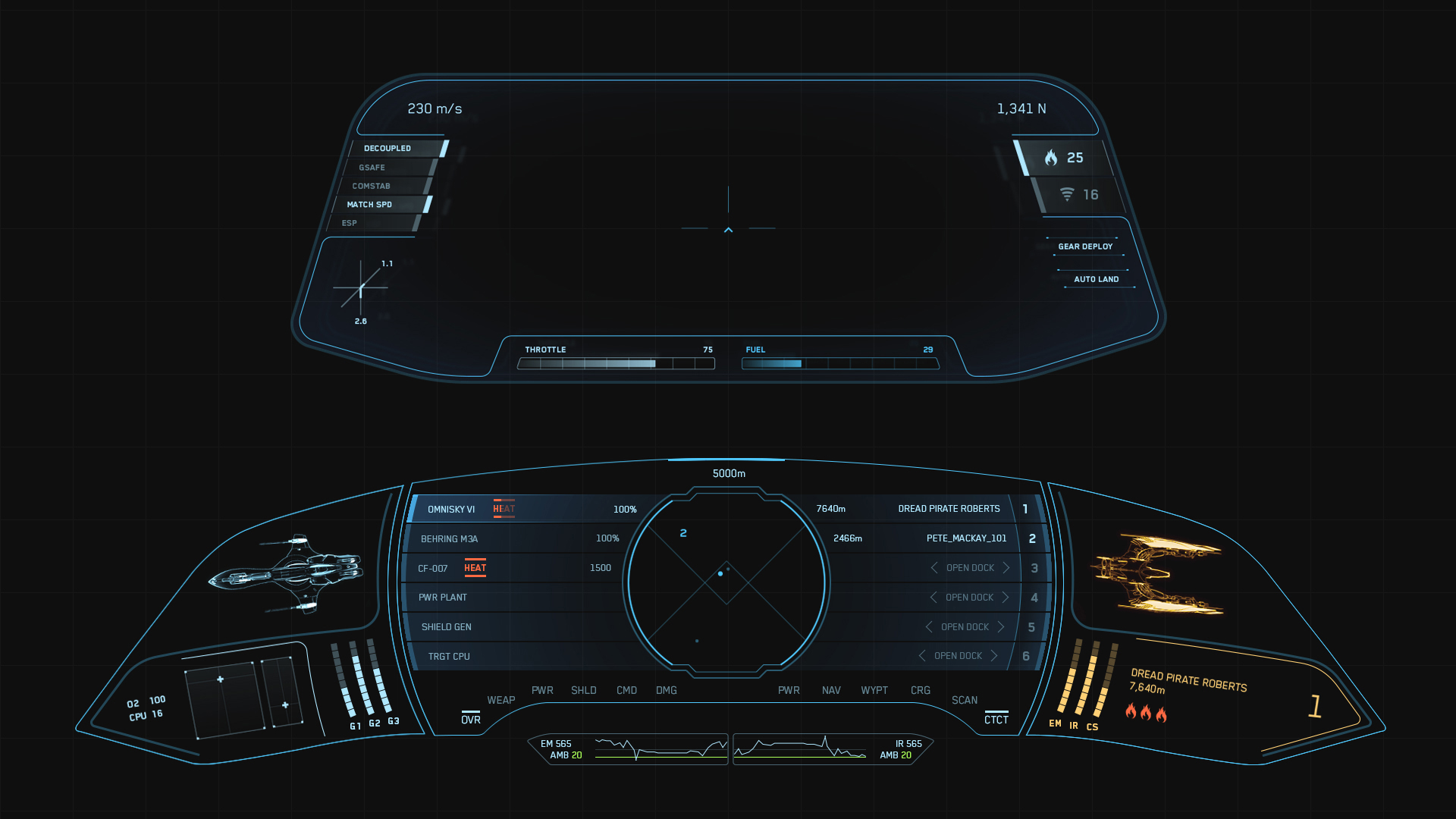 The UI is constructed using simple vector line-art and an overall layout that flows cohesively with the sleek shape of the display panels. In doing so, I was able to maximize the amount of surface area that could be used for the UI whilst retaining fully functional components necessary in conveying critical ship status and flight information to the player.

I applied a bootup mechanism similar to the one I built for the visor HUD bootup sequence. As described there, upon initialization, each dynamic display object simply has its child content individually positioned to a targeted offset, tweening back to the original position on randomized delays and timings.